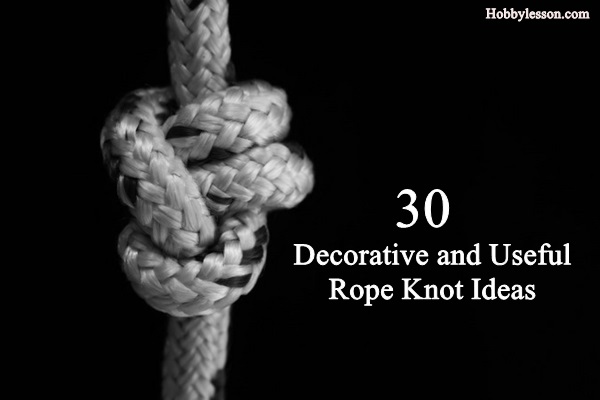 Actually we don’t give much importance in learning rope knots as it doesn’t have much importance in our daily life. But for sure we should learn at least 10 types of knot at least for general use. Most people will say that rope knots are mainly useful for the mountaineers, sailors, climbers, arborists or the scouts, but in general every people should know something about rope knots. Dangers or accidents don’t come in our life by previous warnings, it comes suddenly. And here’s where you may need rope knots. So frankly saying, you can’t predict when you will need a typical rope knot to save your life. It’s much better to learn it in advance. Here we will be giving you information about some of the 30 useful rope knot ideas.

1. Square Knot: It is a classic knot for connecting lines and tying knots. It can be used to connect two ropes when you are joining them to make a long rope. It’s very secure and stable. 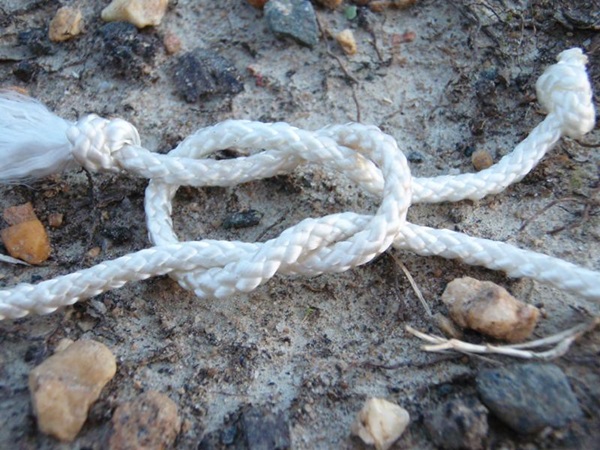 2. Bowline: It is a very ancient and simple knot used to form a fixed loop at the end of a rope. The advantage of this knot is that it can be untied very easily. Sometimes, this bowline is considered as the king of knots because of its importance. 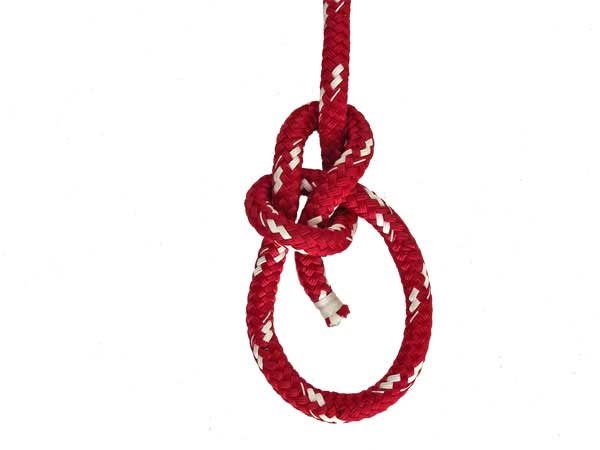 3. Clove hitch: Clove is a very easy knot and used to secure a line to a tree or a post quickly. But be careful it may slip if it’s not tied with any other knot. So remember to keep a back-up knot with it. 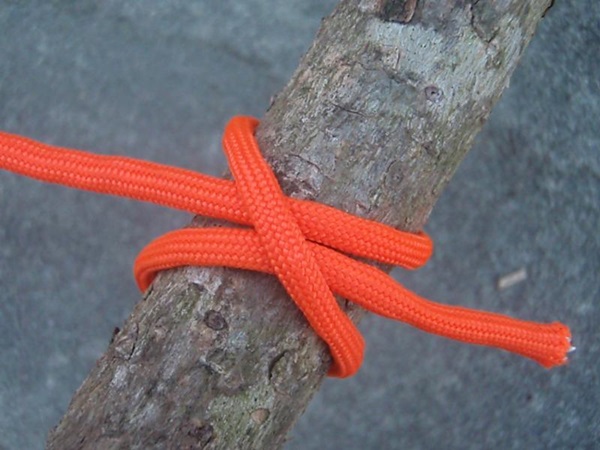 4. Figure Eight Stopper: The main advantage of this knot is that it is easy to remember. Once you learn it, you will never forget the knot. It is mainly regarded as a stopper knot and very important for rock climbing and sailing. 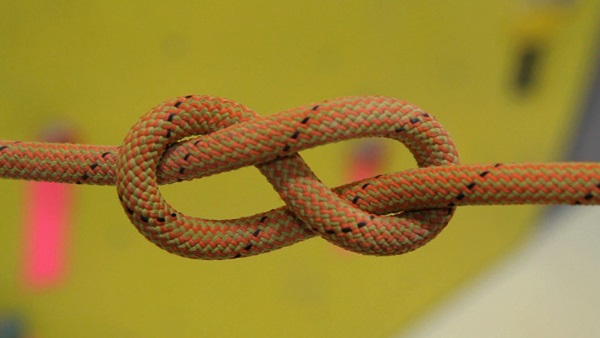 5. Sheet bend: It is a bit little weird but you can be sure that nothing works better than this when you are trying to tie different types of material together. Even the materials of different thickness. 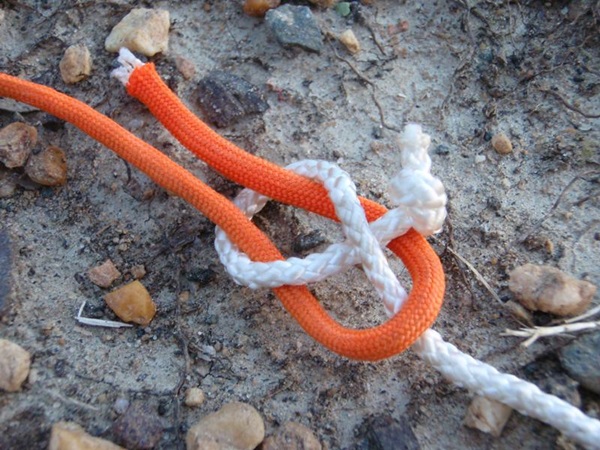 6. Figure Eight Loop: It is a type of knot created by a loop on the bight. It is used for climbing and caving where the rope strains are light to moderate. The knot is always followed by a strangle knot. 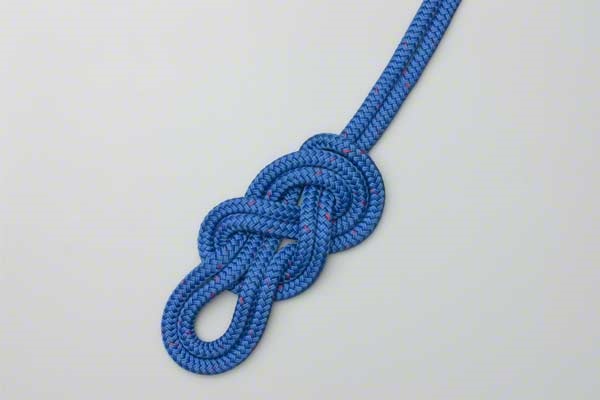 7. Two Half Hitches: Two half hitches can be very useful when you are climbing a tree or a pole. It is very secure and strong in nature. The knot is pretty easy to tie up. So you can easily learn this one. 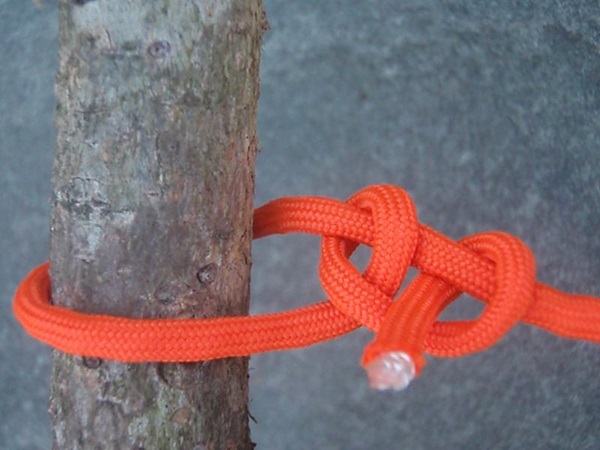 8. Constrictor Knot: It is one of the most effective binding knots. This one is very simple to tie but once tied very difficult to untie again. The double constrictor is more even tough. 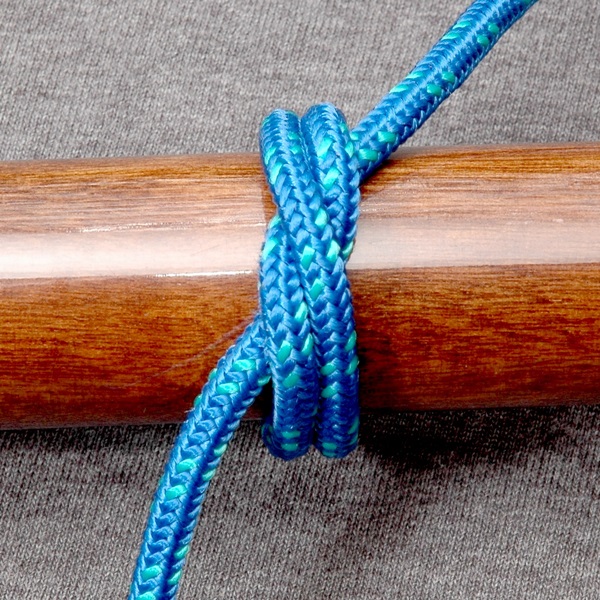 9. Taut Line Hitch: The taut line hitch actually takes the place of a slide to tension or loosen a loop in a line. This knot grips very well till there is a tension on the ‘taut’ side of the loop. 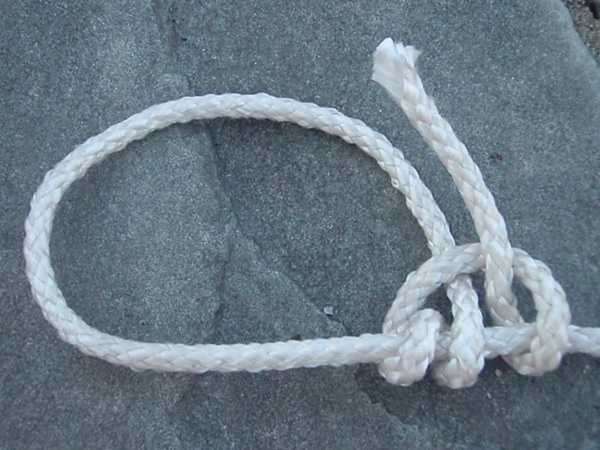 10. Zeppelin Bend: This one is a purpose bend knot. It can be easily tied and very secure in terms of protection. Though it is very simple so it is very popular. 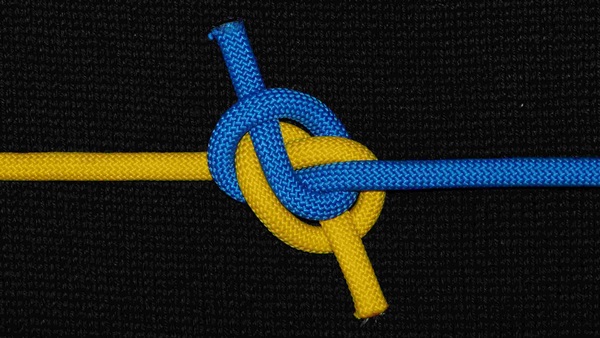 11. Fisherman’s Knot: You can have an idea by its name. Actually this knot is very useful for the fishermen. But it hardly comes in any other uses in regular life. 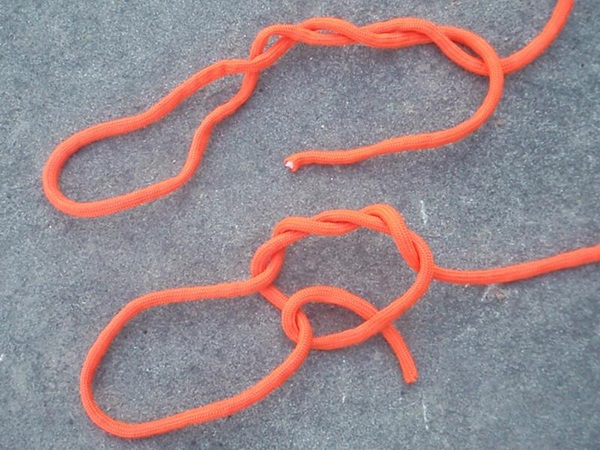 12. Lineman’s Loop: It is a knot used for making a fixed loop in the middle of a rope. It can be made in a long rope without the access of both ends. This not has a great advantage when you will be climbing with a long rope. 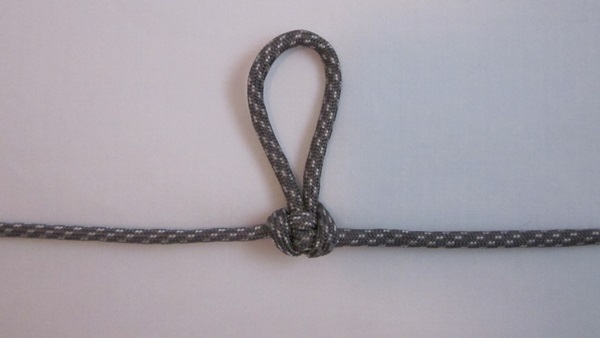 13. Water Knot: The water knot usually secures webbing belts and straps together. This one is really very useful in your regular life. 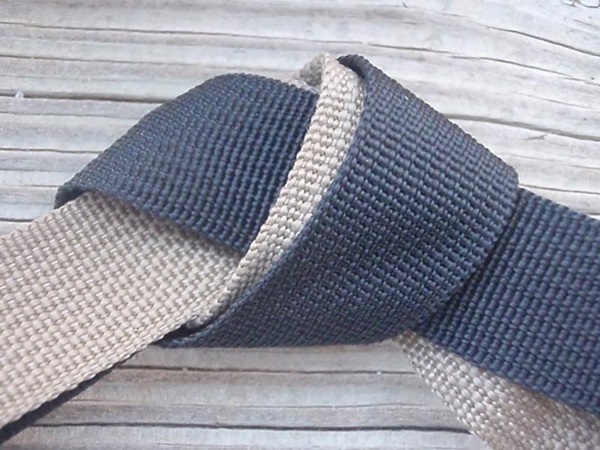 14. Overhand Knot: One of the most fundamental knots and forms the basis of various other knots. But generally it is regarded as a permanent knot.

15. Rolling Hitch: It adds a leg to the existing line. It is the basic knot behind the Taut Line Hitch but can be also added to any existing line. 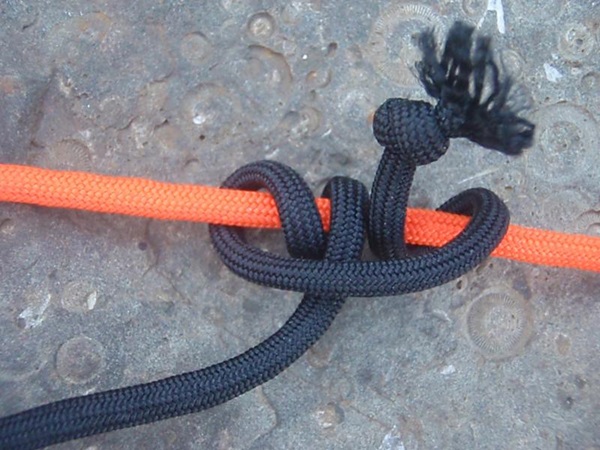 16. Timber Hitch: This knot is mainly used to attach a single length of rope to a cylindrical object. This is very secure when there is a tension. 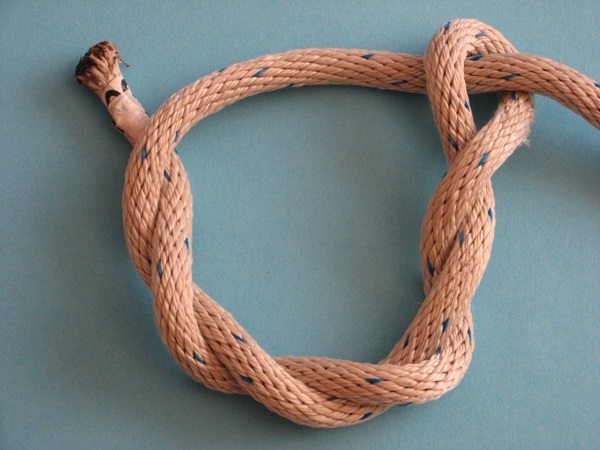 17. Surgeon’s Knot: This is the knot used by the doctors while doing the surgery. It is a bit different knob but it is given so that you should know about its use.

18. Prusik knot: This knot can be used as an ascender or descender. It is also known as ‘slide and grip’ knot which is very useful for adding a loop to a rope when neither end of the rope is free. 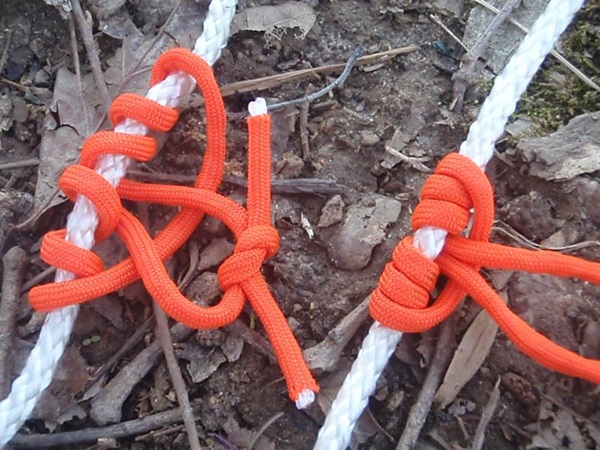 19. Blood knot: This is really a gem knot because of its small in size but useful in nature. It is used to secure two lines together specially among the fishermen. 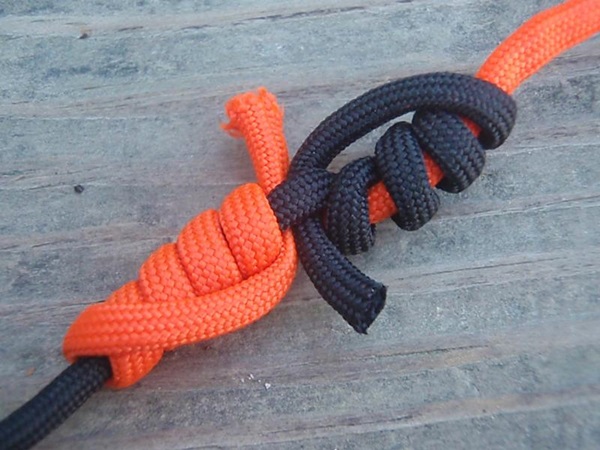 20. Man Harness: It is a crafty knot puts a loop in a line when neither end of the loop is free to tie a loop. A great knot to cheat in tug of war. 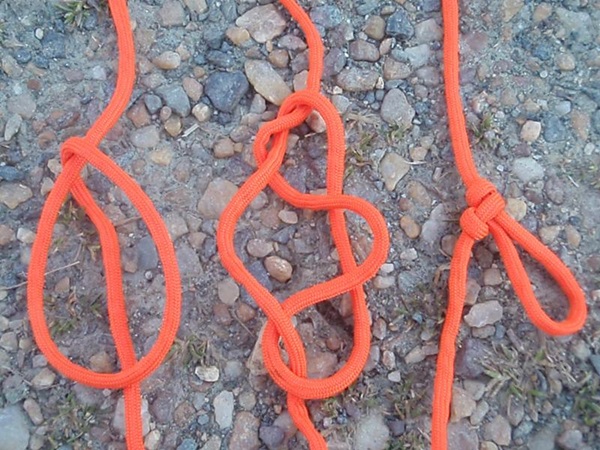 21. Carrick bend: This square knot joins two ropes securely and is much easier to untie than a square knot. 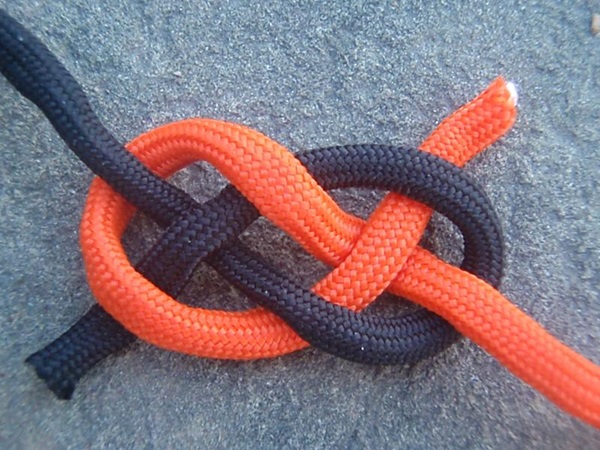 22. Trucker’s Hitch: It gives you a unique mechanical advantage to tight up a line. It is little bit complex but very useful in shifting loads and tying down tarps. 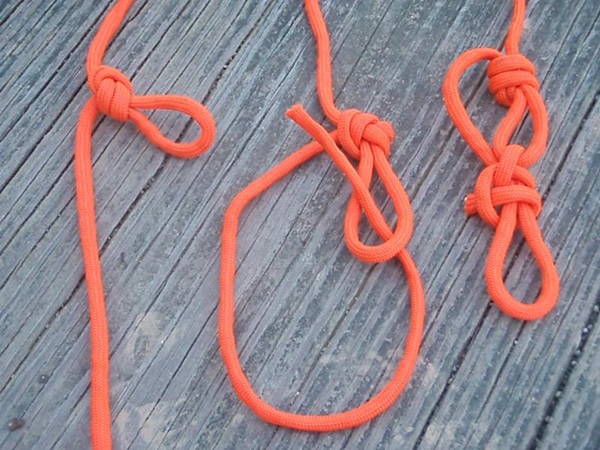 23. Barrel Hitch: It is being used in the sailing and construction work for centuries. It secures a bucket or
any other cylindrical object to lift in a well balanced position. 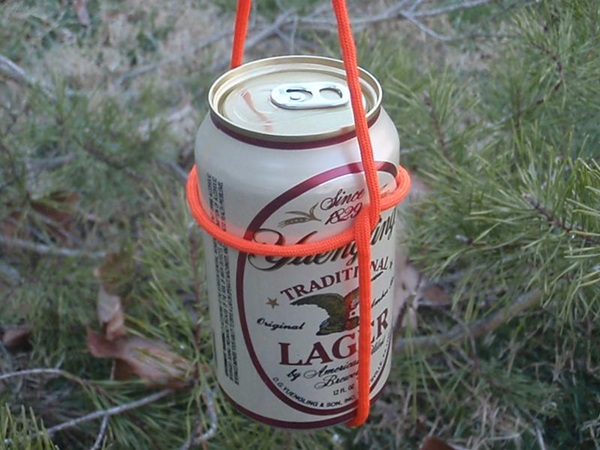 24. Sheepshank: It is a half magic trick and half practical trick. This knot keeps your long rope in one single piece. It is mainly used when the rope is too long and we don’t want to cut it. 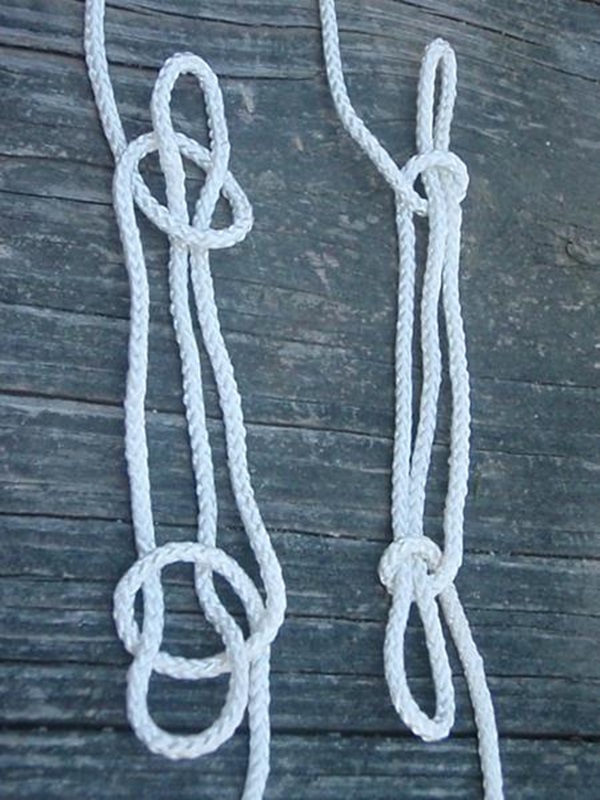 25. Tripod Lashing: It is commonly used for making shelters. Normally very strong in nature and very secure if done in the correct way. 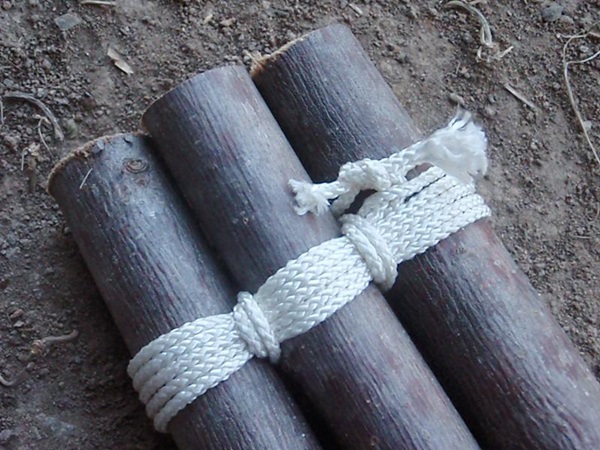 26. Square Lashing: It is used to build everything from towers to bridges etc. One of the strongest knots invented in the world. You can also use it to secure two poles together. 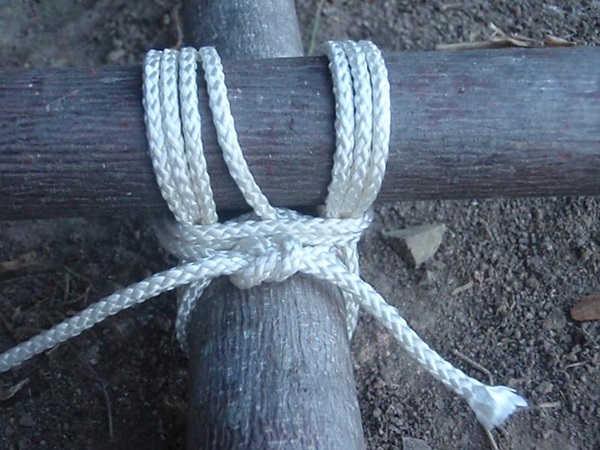 27. Bachmann Knot: It is a popular friction hitch among the climbers and arborists. It is very useful and secure. 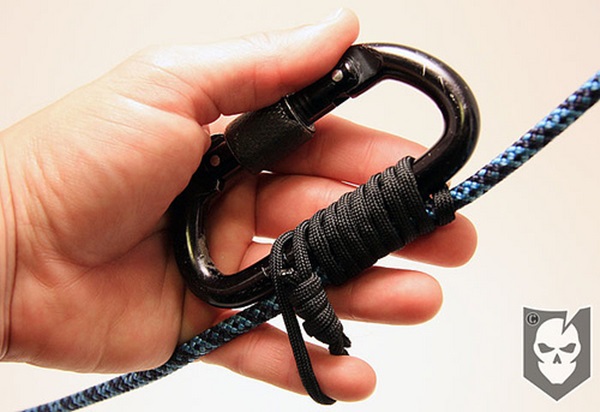 28. Cow Hitch: This one is also known as Lanyard’s hitch is used mainly to secure a rope to a post or other object including another rope. 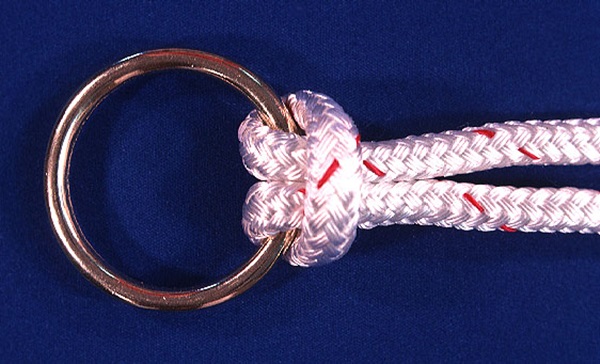 29. Distel Hitch: This knot is very responsive friction knot popular with arborists. It never slips or jams if tied correctly. It will only grip in one direction. 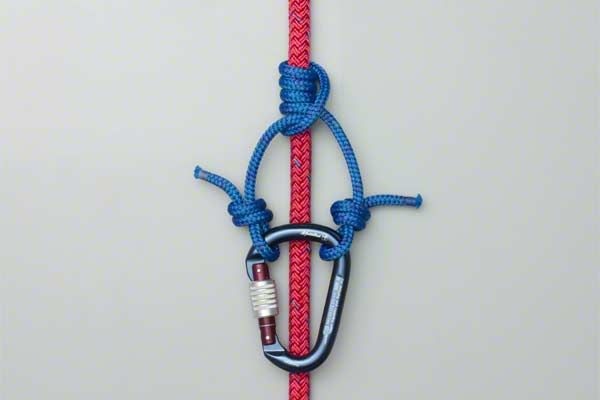 30. French Whipping: it is very similar to common whipping but it’s a bit different in that each wrap around the rope is done with a half hitch instead of simply wrapping around the rope. 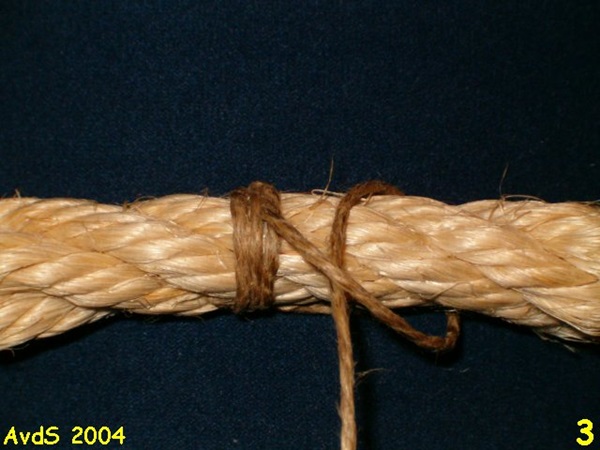 View all posts by Sibaya →