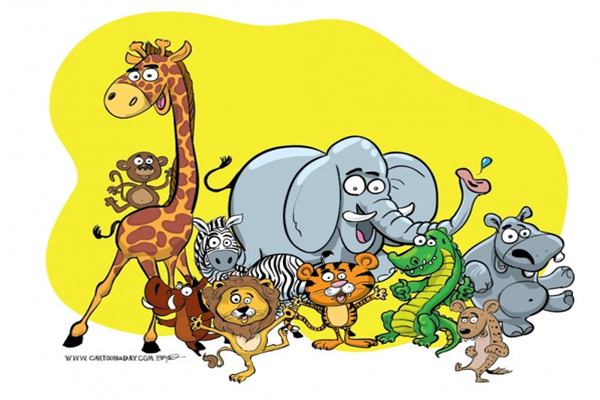 We all remember our childhood days when we used to draw are at least tried to different cartoon animals on the sun day mornings. Some kids draw it wonderfully and some fails to draw it that good but everybody loves to draw those cartoon lions and Tom and Jerry. If we have pet animals at our home then they are the first inspirations indeed. Actually kids can relate to the cartoon animals and by drawing them they touch the reality of their imagination. So we should let them draw their desire out. And this article is surely going to help your kid draw them more accurately.

Firstly it is not such a tough task. If we observe the animals it is easily noticed that some animals are very similar to each other, like the Zebras, Cows or Donkeys. Then for drawing them we can use same beginning techniques. It will be easier for the kid to grab if they use some easy geometrical shapes like circles, ovals, squares or rectangles. After making the primary structure of the animals they can think about how to complete the total drawing.

Yes there are some animals which are pretty tough to draw but if you practice with the easier animals first they will be easier later. So let us concentrate on the examples of how to draw them beautifully. For this we can group different animals into 4 major categories. Like house animals, jungle animals, farm animals and sea creatures. Then it will be easier to understand. Now let’s jump into the steps.

Examples of How to Draw Cartoon Animals:

1. Drawing a cartoon Cat: This funny animal is everybody’s favorite. Using a simple oval a cat can be drawn. Oval is a simple geometrical shape which is flexible and can be used to draw the face of the animal. For the body part a simple rectangle can be used. After the main features are drawn minor works are to be done for the final clean up. Here is attached a tutorial to help you out further. 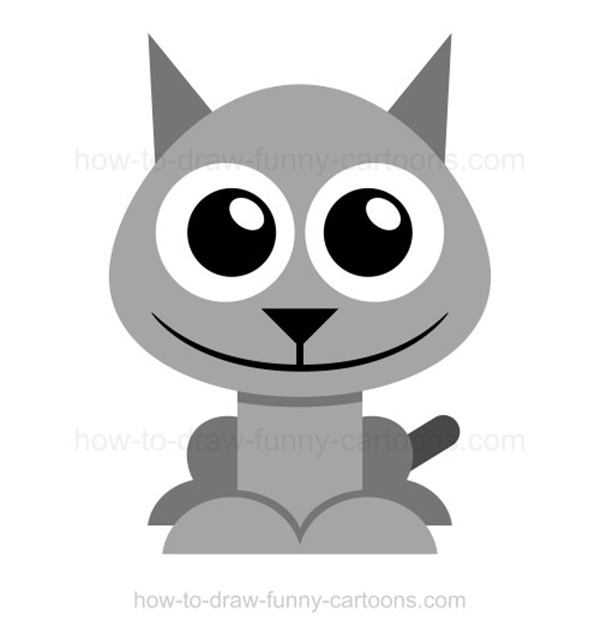 2. Drawing a cartoon Dog: Dogs are the best loved pets. And kids have a peculiar love for them. So let’s focus on how to draw them. You can draw a big circle to draw their head and a slanted body will do the rest. After that eyes and nose can be drawn with more fun elements. If you can draw a dog then drawing goat or cow will become easier for you as they have more or less similar stature. 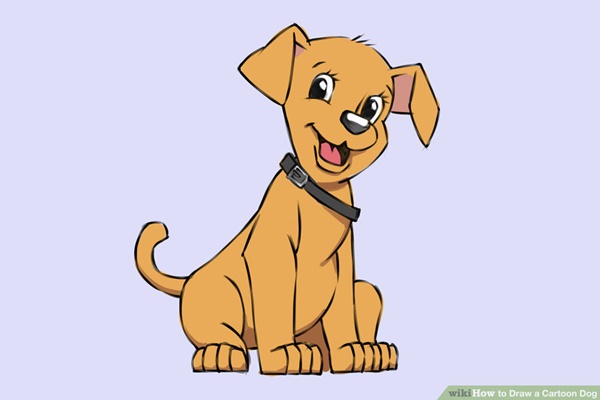 3. Drawing a cartoon Duck: some oval shapes and simple lines will come handy when you are willing to draw a cute cartoon duck. Draw 2 or 3 unusual strokes of hair onto their head and fill them yellow. This tutorial comes handy. 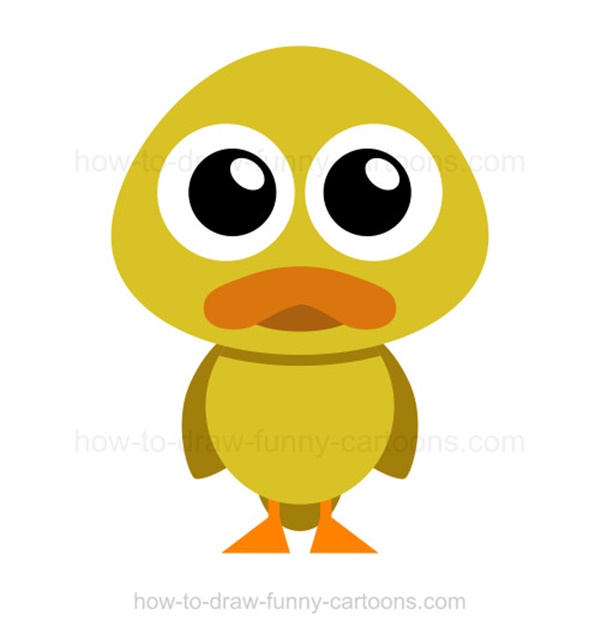 4. Drawing a cartoon Frog: Now they are very physically unique animals. But again a big circle for their head and a narrower version of that will do for the body. Large eyes with big pupils can add drama to their face. 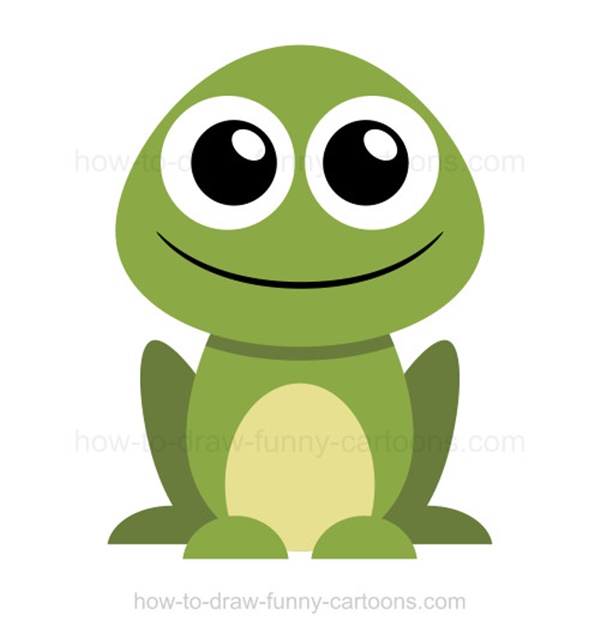 5. Drawing a cartoon Chihuahua: Chihuahua is an interesting animal to draw. One sharp feature of their body is their erect and triangular ears. They are the special kind of small dogs. 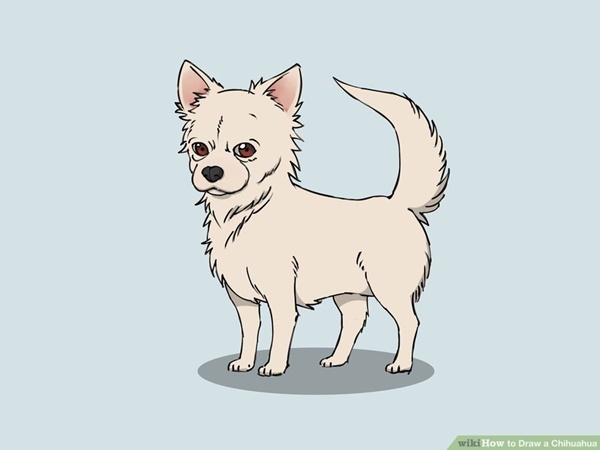 6. Drawing a cartoon Caterpillar: Isn’t it interesting to know how to draw an insect using only strings of circles! See how you can do it. And add two curved antenna like strings onto their head. 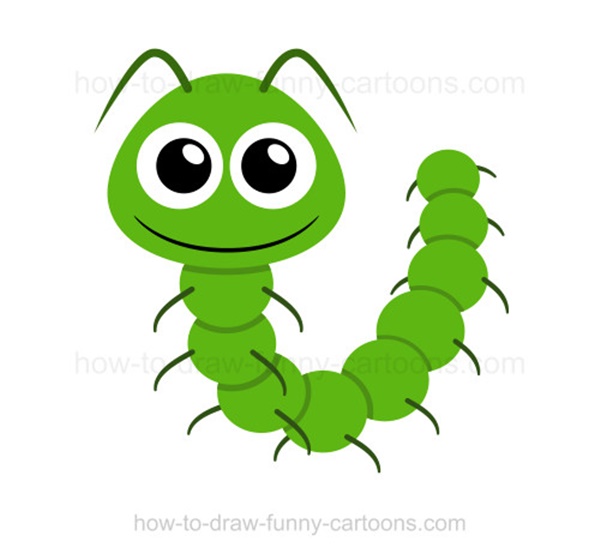 7. Drawing a cartoon Dolphin: This adorable water animal is so interesting to draw. Make use of different shapes and colors to make them look alive. 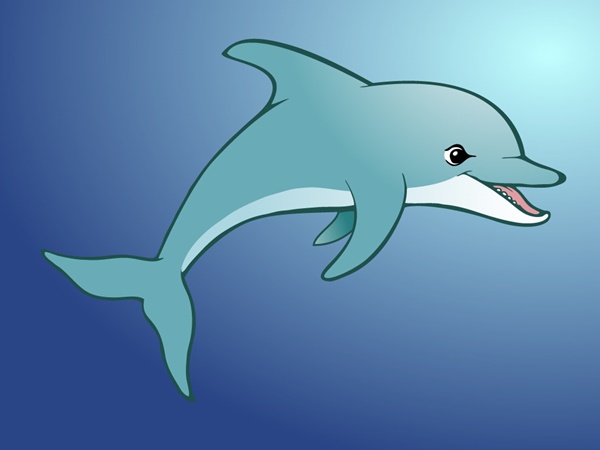 8. Drawing a cartoon Lion: remember that roaring lion from ‘Leo the Lion’? This animal is always very special among the young stars. Start with a circle and use simple lines to draw their mane. Here goes the tutorial.

9. Drawing a cartoon Mouse: well who of us does not love the sweet and sharp mouse from ‘Tom and Jerry’ cartoon series? Use simple rectangles and ovals for their body and finish it up with whiskers. 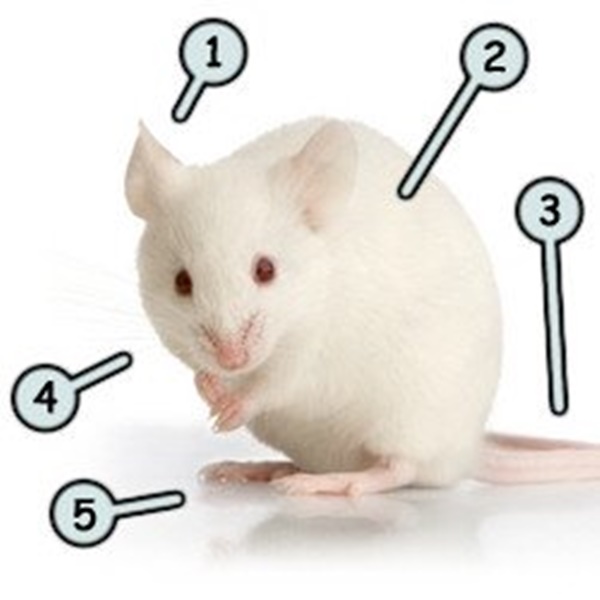 10. Drawing a cartoon Meerkat: Now let us draw this friend from far away African sub continent. They are cute but deceitful!

There are plenty of animals which kids can draw very easily. Some of them need similar kind of starting. All the farm animals need more or less same steps to get completed. The face features specially the eyes and pupils and the mouth and tongue should look dramatic because face is the most interesting part of a cartoon animal’s picture. You can also mix and match with the colors. Start with the simple ones and then try the trickier animals. Way to go kids!