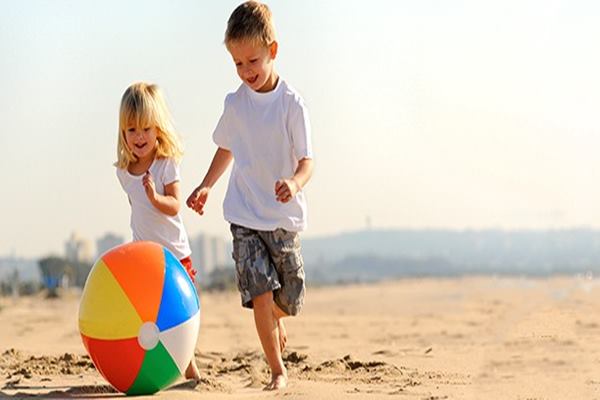 Kids love to play with balls and there is not point to disagree that you will need to know various types of ball games to teach your kids. Kids love to be engaged all the time, and it will be almost tough for you to spend most of the time with them as you have your own work. So it’s much better if you learn some interesting ball games and make your kids learn some of them. It will help your kids to get rid of boredom, and also they will have a lot of fun playing them alone or with their friends. Let’s know about some of the fun ball games for kids in details.

Crack Up: This game actually requires a large softball and at least five players. Now, one will be the ‘It’ of the game and ‘It’ will throw the ball to any of the other player. The player can either dodge the ball or catch it up. Now if the player is hit, he loses a point but if the player catches the ball, ‘It’ loses a point. Suppose if the ball is not caught, any player can grab the ball and become the ‘It’. In this way, when a player loses 5 points, he is out of the game. The complete game continues till there is one player left. So the only left player is the winner. 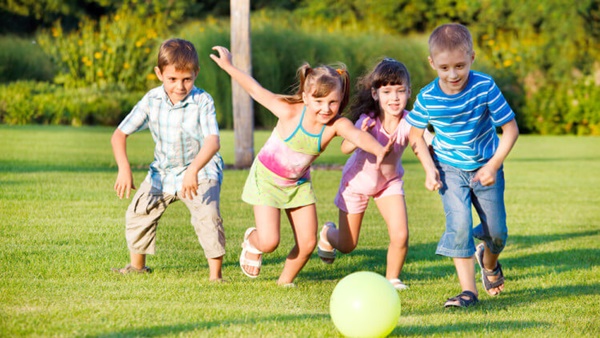 Hit the Bat: You will need just a tennis ball and a bat to play this game. In this game, one player bats and all the others stand in a scattered way to do fielding. The player who bats throws the ball up and hits it with the bat. Now he places the bat crosswise on the ground in front of him. The player who is fielding can run towards the batsman until the bat is placed in the ground. The fielder now rolls the ball towards the bat. It the batsman doesn’t catch up the ball, the fielder will get the chance of batting but if the batsman can catch the ball, he will continue batting. 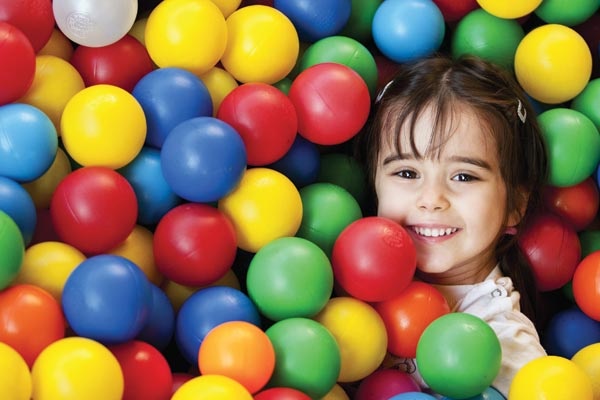 Run Down: This game is actually played with two bases, which is placed 20 feet apart. Now two of the players are considered to be ‘It’ and they will stand on each of the base and they will toss a ball back and forth. Now the other players divide up into two groups between the two bases and always take the turn to steal the base. The process is like running from one base to another without being tagged. So the player who gets tagged becomes the ‘It’. The good requires minimum of three kids and the more members it will be more interesting. 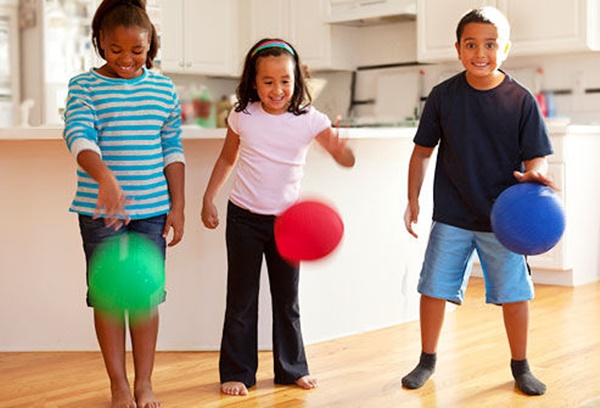 Keep Away: This is a very simple ball game for three kids. Here two of the players will have to stand in the pre-determined areas and will toss the ball back and forth. The person standing in the middle will have to catch it. Now when the person in the middle catches the ball, he then takes the position of the player who has thrown the ball. Now that player will now stand in the middle. This game is also modified in some cases; the middle player is put in a circle of about 10 feet diameter but the other players stand outside the circle. 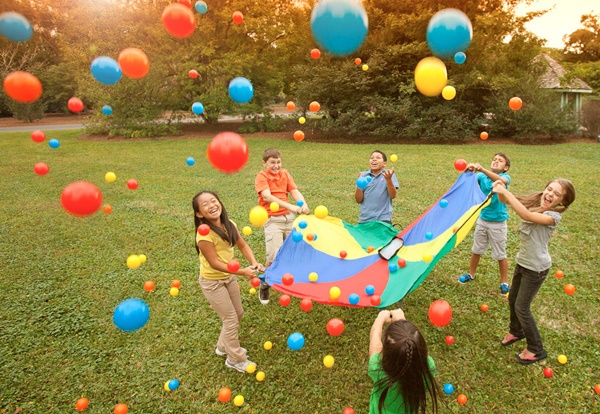 Flinch: Similarly, one player is ‘It’. Other players line up against the wall with both their arms folded. Another player stands at least 8 feet away with a soft ball. Now when the game will start, the player who is ‘It’ will throw the ball at one of the lined up players or will fake a throw. The player to whom the ball is being thrown has to maintain their positions with the arms folded when the ball is faked but will have to catch the ball when it is actually thrown. So the real fun is that flinching when the ball is faked or failing to catch the ball when it is thrown will earn the player a letter. The player who will spell out the complete ‘F-L-
I-N-C-H’ will become ‘It’.

You have now learnt about all these interesting games, which are actually the best to keep the kids engaged with playing. Most of the games will need two or more player so allow the friends play together. Even if you have some free time to spend with your children, you can join them for the game. So the ultimate ambition is to have fun time. Try out these beautiful games and just before that make, your kids learn all these games well. Yeah! Kids will really love it.